August 29, 2013 Wall Street Journal…Nearly two decades after the Web revolutionized shopping, many big retailers are still struggling to turn the Internet into a big part of their business.

Their progress is on display in new correspondence between the Securities and Exchange Commission and a bevy of chains, including Target Corp., TGT +0.02%Wal-Mart Stores Inc., WMT -0.66% PetSmart Inc. PETM +0.36% and Fifth & PacificCos. FNP +0.67%

In the correspondence, the SEC asks the companies—which frequently tout their online prowess—to provide hard details about the amount of goods they sell online.

Such details remain scant across the retail industry, even though they are a big focus for investors. In the second quarter, Internet sales increased 18.4% from a year earlier, while total retail sales rose by 4.7%, Commerce Department data show. 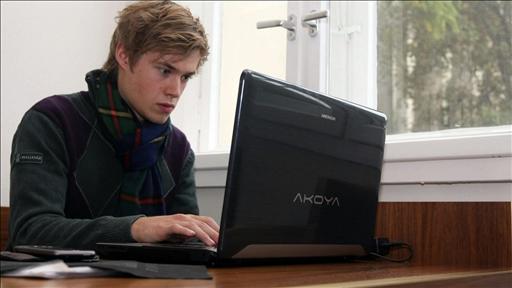 Target, for instance, has highlighted its online performance, telling investors last week that its digital sales have grown by double-digit percentages and that it is “moving quickly to ensure we stay relevant in an increasingly digital marketplace.”

Asked by the SEC to quantify its online results, the discount retailer said in June that “digital sales represented an immaterial amount of total sales.”

Target acknowledges that it is still adjusting to consumers spending more online, but says its strategy is to book sales whatever the channel, so it doesn’t need to break out its Internet business.

The company is one of about a dozen retailers queried recently by the SEC. The agency is concerned that retailers are hyping their Web prowess by claiming high percentage growth rates while failing to disclose how much that growth affects total sales.

What is clear from many of the answers is that the absolute figures are still relatively small.

Amazon.com Inc. AMZN +0.23% sells more online than its next 12 biggest competitors combined, including Staples Inc. SPLS +0.79% and Wal-Mart, according to the trade publication Internet Retailer. Despite its greater online scale, Amazon continues to grow quickly and command a hefty share of new Internet sales. Its 30% increase in North American sales in the second quarter outstripped the overall e-commerce market and some competitors as well.

In recently disclosed correspondence with the SEC, Fifth & Pacific, which owns the Juicy Couture and Kate Spade fashion brands, told the agency in May that it didn’t want to reveal the contributions that e-commerce made to its overall sales, because the separate disclosure wasn’t “relevant to investors.”

The SEC questioned that reasoning in its response to the company in late July. The agency pointed out that Fifth & Pacific a few months earlier had claimed on a conference call with investors that it had a “ravenously growing business in e-commerce.”

The company backed down, discussing its online performance this month in its second-quarter earnings report. While online sales contributed several points of growth in overall sales at Kate Spade, they made much less of an impact at Juicy Couture and Lucky, it said.

“Our organization views omnichannel direct-to-consumer retailing as a defining strategy across all of our brands,” Fifth & Pacific Chief Executive Bill McComb said in response to a request for comment. “We’re happy to add the enhanced disclosure.”

Wal-Mart began its e-commerce operations in 2000. The company forecast in June that it would book $10 billion in online sales this fiscal year, raising a forecast it made months earlier, but it has never reported its actual online performance.

The world’s biggest retailer by sales highlighted its online initiatives to investors. Earlier this month, Wal-Mart’s president of global e-commerce joined the company’s second-quarter earnings call, describing a 30% increase in global online sales and the hiring of 200 employees at the division’s Silicon Valley headquarters. During the call, CEO Mike Duke said “winning in e-commerce” was one of the company’s top six priorities, and that he was pleased with its progress.

After the SEC pressed it on the matter in June, Wal-Mart used the correspondence to break out its sales growth with and without the contribution from online shoppers.

Web-based sales contributed 0.1 to 0.2 percentage point to Wal-Mart’s 2.4% increase in U.S. comparable-store sales in fiscal 2013 and 1.6% increase in fiscal 2012, Wal-Mart told the SEC in July. The company said it would regularly disclose the same information in future financial reports.

“E-commerce is a fast-growing part of our business where we are investing aggressively, and we thought it was good time to provide context to investors,” a Wal-Mart spokesman said.

Online purchases accounted for just 5.8% of total U.S. retail sales in the second quarter of 2013, up from 5.1% a year earlier, according to Commerce Department data. Still, as shoppers continue to shift their purchases to websites from physical stores, retailers have a strong incentive to show they are keeping up. Professional investors like William Smead view online-sales growth as an indicator of whether retailers will succeed in the long term.

Showing strong online sales now “indicates a pretty good chance retailers can adapt to the changes in how people shop, and will last a long time compared to their competitors,” said Mr. Smead, a portfolio manager at Smead Capital Management Inc., where 10% of the $620 million under management is invested in NordstromInc. JWN -0.16% and Cabela‘s CAB +0.70% Inc., two retailers with a sizable proportion of online sales.

Web and catalog purchases made up about a third of sporting-goods retailer Cabela’s Inc.’s $2.7 billion in merchandise sales last year, while department-store operator Nordstrom Inc.’s direct-sales business, which includes Web sales, made up nearly 10.7% of its total sales last year.

Office retailers like Staples, in particular, have built up big positions online, in large part because many business customers place orders over the Internet.

Retailers including Target, Belk Inc. and PetSmart told the SEC that separating online figures doesn’t give an accurate picture of their sales gains, because customers continually shift purchases between their stores, websites and mobile-phone applications.

Retailers have branded this the “omnichannel” approach, arguing that they don’t care how a customer completes a purchase as long as they don’t buy from a competitor.

“There’s such a blurring of the lines that it doesn’t make sense to delineate between whether it’s an online or in-store sale,” said Casey Carl, who oversees Target’s omnichannel efforts.

Target has been slow to adapt to the Web. It initially outsourced most of its web operations to Amazon, then took back control and relaunched Target.com on its own in 2011, about a decade after competitors Wal-Mart and Sears Holdings Corp.SHLD +0.71% started their own e-commerce sites.

Despite some impressive-sounding growth rates that the company has publicized in recent quarters, including triple-digit sales growth on its mobile-phone application, Target’s online business is growing from a small base.

“Our recent earnings conference calls have provided information about directional growth in digital sales to demonstrate that our investment is beginning to show return,” Target told the SEC in a June letter. “However, digital sales represented an immaterial amount…of total sales in each period presented.”

The company provided a specific percentage figure to the SEC, but asked to redact it from its public filings. A Target spokesman said that the retailer tells investors online sales currently make up less than 2% of its $73 billion in overall sales.

A PetSmart spokeswoman said the chain considers e-commerce a growth opportunity but because it currently represents less than 1% of its sales, it isn’t a material part of the company’s business.

This year, Target began taking additional steps to boost its online operations. In recent months, it bought the high-end cooking-equipment site ChefsCatalog.com and beauty site DermStore.com, its first acquisitions since 1998. The retailer also opened an office in San Francisco to be closer to companies developing new retail technology that Target might want to incorporate into its business. This holiday season, Target plans to allow shoppers to have online orders sent to its stores for pickup, a program Wal-Mart began offering in 2007 and Sears launched in 2001.

PetSmart likewise told the SEC in May that its Internet sales didn’t “comprise a material amount of our total net sales,” according to a filing. It added that disclosure of such metrics “would result in substantial competitive harm to the company.”

The retailer reasons that competitors would exploit the information and that “the negative impact on the financial performance of the company resulting from a disclosure of competitive, confidential information outweighs the added benefit to stockholders.”