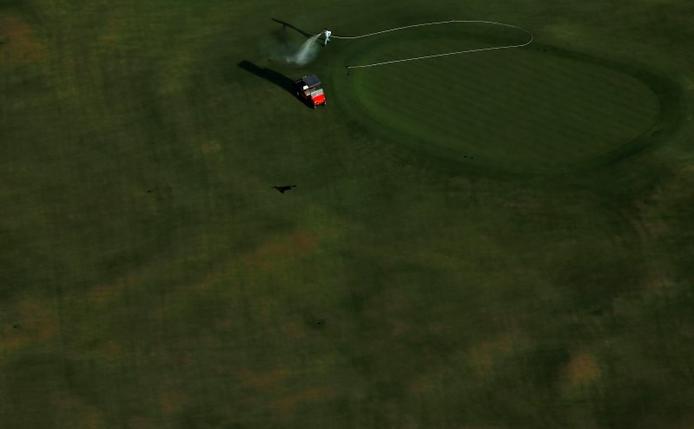 Many in the sport have fought tooth and nail for decades to mobilize a worldwide effort to get golf back into the Games, Player said in April.

“Players today make so much (money) and should be giving back,” he added.

Many of the top golfers who dropped out are in contention to win the FedExCup Series that pays out $10 million to the season-long champion of the U.S. PGA Tour.

A U.S. champion in Rio, by contrast, can expect to receive $25,000 from the national Olympic Committee. Other national organizations are offering similar token bonuses.

The absence of top golfers could, however, present an opening for lesser-known players to capture international attention for themselves, their countries and sponsors.

If nothing else the sport will now have a bigger presence in the Olympic host country of Brazil, said Andrea Sartori, global head of sport for the professional service company KPMG.

The nation has 123 golf courses, less than half of the 319 layouts in Argentina, a much smaller country, according to a 2015 report by the R&A, organizers of the British Open.

The Olympic golf course, built from scratch in the Barra da Tijuca district, will become a public facility following the Olympics.

Golf Datatech estimates the global equipment market generated $8.7 billion in sales in 2014, with more than 70 percent coming from the U.S., Japan and South Korea.

About 2.3 percent of sales come from China while less than one percent of the market comes from South America (excluding Argentina) and countries such as Thailand and Singapore, its report found.

Steve Mona, chief executive of the World Golf Foundation, one of the groups that lobbied to get the sport back into the Olympics, said the Games could help companies expand their international reach.

Golf is guaranteed to be in the Olympics for at least one more Summer Games in Tokyo in 2020.

“That’s why we are so vested in this,” Mona said. “Not only from the standpoint of people participating in the game but also becoming consumers in the game.”

Callaway Golf’s senior vice president of marketing and brand management Harry Arnett said the Olympics will give the industry a boost despite the big-name no-shows “particularly in less golf-mature markets”.

Paul Swinand, analyst for the investment research and management firm Morningstar who covers stocks such as Adidas and Nike, expects the worldwide Olympic television audience to attract fresh viewers to the sport.

“Golf in the Olympics will be able to draw in new people who wouldn’t necessarily tune into the U.S. Masters,” Swinand said.

(Reporting by Liana B. Baker in San Francisco; Editing by Brian Thevenot and Tony Jimenez)