Golf Datatech was honored to be invited to present the findings from the Worldwide Golf Report 2017 to over 100 media, industry experts and guests at the Japan Golf Fair in Yokohama, Japan last week.  It’s the second edition of the report, a follow-up and expansion on our original work released in 2015.  Special thanks to our collaborators on this project, Yano Research Institute of Japan.  In particular we’d like to thank Shigeki Mitsuishi from Yano who co authored the report with me, as well as the President of Yano, Mr. Takashi Mizukoshi, and our invaluable translator/friend/guide, Kazuto Tamura of Triple/Double Inc., an International Sports Marketing company based in Tokyo.

The Worldwide Golf Report is based upon “Hard Retail Sales Data” collected by Golf Datatech directly from Point of Sales systems in the US, UK, Sweden, Germany, and France, while Yano collects hard data in Japan.  The remaining golf markets were estimated using “Soft Data” based upon insights and analysis by industry experts from around the world, including retailers, manufacturers, and those who have worked at the grass-roots level.

Bottom line, the Golf Equipment and Apparel Industry on a Worldwide basis did not have a major correction in 2016 like many have postulated. In US dollars, total retail sales of equipment are estimated at $8.05 billion, down less than 1%, while golf apparel sales for 2016 totaled about $4.5 billion.  While the US market (the world’s largest) had a rough year in 2016 (falling by over 6%), the second and third largest markets (Japan and Korea) had slight improvements in their local currencies, however when converted to US dollars each was up significantly, as the Yen and the Won both strengthened vs. the Dollar.

The Worldwide Report in 2017 was expanded and improved to include estimates of unit sales by country as well as sales in value for the major equipment categories.  One of the most significant of Worldwide trends is that unit sales are in decline virtually everywhere and in almost all products, however Average Selling Prices (ASP) are rising rapidly. New technologies and exotic materials are designed to improve play and make the game easier and more fun,  however they do add to the cost of new golf clubs, and the combination of higher retail prices at launch with fewer close outs and better inventory management by the large manufacturers, has driven prices up substantially for the consumer.

The Worldwide Golf Report is an indispensable resource for anyone who currently participates, or is considering participating, in the golf equipment or apparel business in any of the major golf markets around the world.  If interested, please email info@golfdatatech.com or call the office at (888)944-4116. 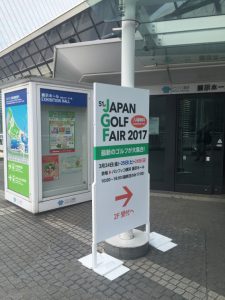 3 Musketeers Tom, John and Shigeki-san prior to Presentation 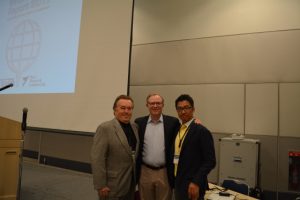 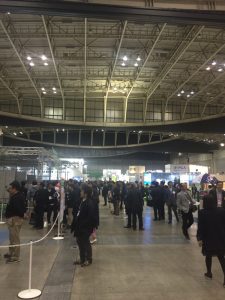